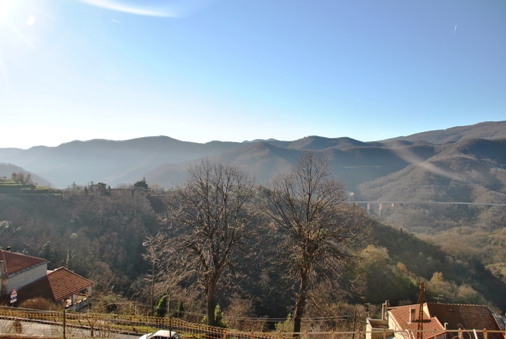 The Colle di Cadibona (458 meters above sea level) is a mountain pass in the Ligurian Alps delineating the boundary with the Apennine Mountains. It is usually considered, formerly since Roman era, the border between Alps and Appennines. 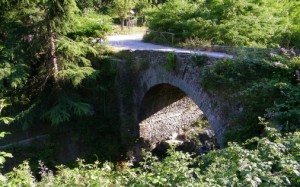 The area between Quiliano and Cadibona keeps intact two of six imperial Roman era bridges, making the spot one of the most important historical structure of the Roman period in the whole Liguria. Those six bridges where built along the Quazzola creek valley to safely help get through the road Aemilia Scauri (currently via Tecci) all the year round, connecting the two settlements Quiliano and Cadibona.

The two intact bridges are still in use: the first one is located in Ricchini place, where the second one is in Ca chen place (both places are along the Aemilia Scauri road, via Tecci).

During Medieval time many legends about those bridges started to grow: according to legend this was one of the favourite place where witches used to gather …

The Tower, nowadays a mansion, was built at the beginning of the XVIth century by the Civitas of Savona (the township). There were many reason why they decided to built this fortification: to preserve the local wood from being plundered and to protect the trader passing through the village, for instance. Hereafter, under Genoa’s domination, the Tower was turned into a tollhouse.

At the end of the XVIIIth century the Tower became a defensive building fully equipped with four cannons, foxholes that could keep up to a thousand soldiers and places for food, water and ammunitions storage.

During Napoleone Bonaparte’s Italian campaign the Tower became a battlefield where the French and the Austro-Piedmontese army fought two times. 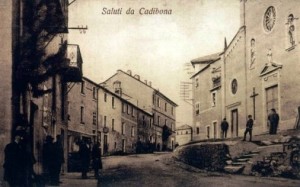 In the first quarter of the XVIIth century, the population of Cadibona decided to built their own chapel or country oratory because of the long distance from the church of Quiliano. The first license of worship goes back to April 5th, 1623, while the parish church was built on September 18th, 1797, then enlarged between 1826 and 1860. The church was consecrated to Saint Anthony and Saint Ann (S. Antonio e S. Anna).

Later time, in 1897, the dome was decorated with frescos by the painter Federico Dagnino, while in 1905 the façade was then restyled.

In front of the church lies the First World War memorial built in 1925.

THE BROWN COAL (LIGNITE) MINE

Accidentally discovered in 1786 by a hunter, the mine started to be an important economic site thanks to its privileged location. The mine full swing has been between 1857 and 1864, then in 1887 was abandoned. It was then opened again during both world war conflicts and definitely abandoned in 1952. 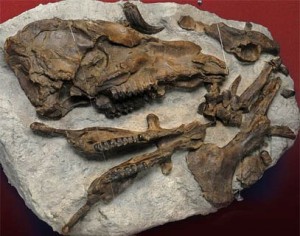 In late 1700’s was accidentally discovered, into the riverbed of the creek Magnone, a fossil of an animal which was lately named Anthracotherium by the French scientist Georges Cuvier (1769-1832). The Anthracotherium (“big coal mammal”) was one of the first mammal appeared on earth, a genus of the extinct artiodactyls ungulate mammals. The Anthracotherium lived between fifty and twenty million years ago and the species died out during the mid to late Miocene. The bigger specimen was approximately as large as a pygmy hippo (from about 1,2 – 1,5 m long and weighting up to 250 kg).

The school was built in 1948 and remained operative since 1996, then it was closed because of the lack of children. The building actually host the Cadifugio hostel and a local medical centre.

Before 1948 different places around the town were used as temporary school, such as in the oratory and so on. The first knowledge about a basic education dates back to 1742 when two priests, the Pollero brothers, “teaches kids to read and write”.

In the pictures above:


In bici da Altare a Savona